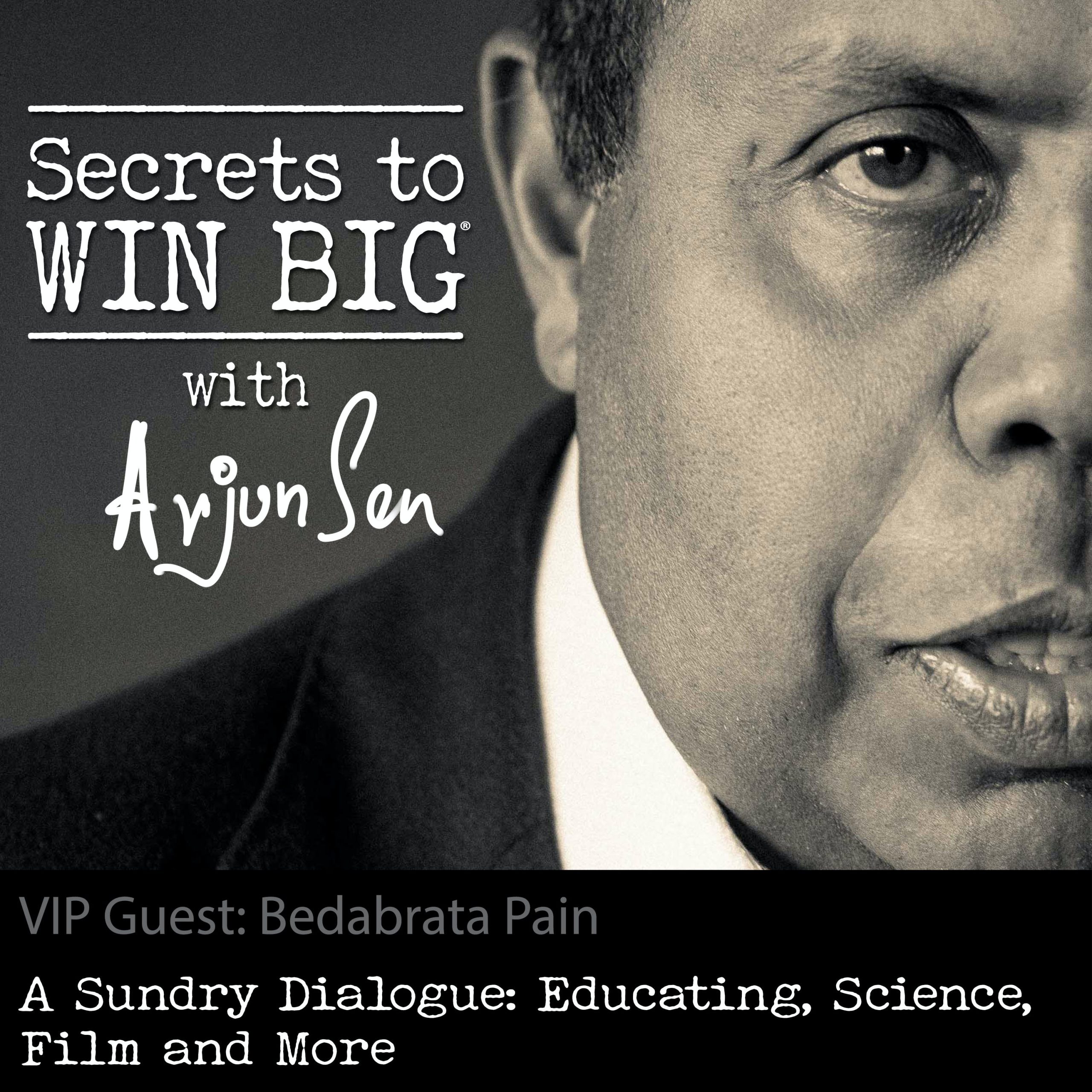 In 1990s, Bedabrata Pain was part of a team that invented the active pixel sensor technology that produced the world’s smallest camera and has been inducted to the US Space Technology Hall of Fame. Now it is used from cell-phone cameras to movie cameras (such as those used by RED) to those in space telescopes. Bedo, holds over 90 patents and is an inductee to the US Space Technology Hall of Fame. He was an award winning senior research scientist at NASA and Caltech for over 15 years, till he quit NASA to become a film-maker.

Bedabrata Pain has also won National Film Award for Best Debut Film of a Director for Chittagong as well as awards in several international film festivals.

Listen to this powerful Secrets to Win Big episode with Bedabrata Pain, in which Arjun and Bedabrata have a lively conversation and touch upon many subjects from how different cultures approach problem solving and creativity, to how one should approach the art of learning, to the movie scene in India and Bedabrata’s experience within the industry there.

Here is what to expect on this week’s show:

The myth of left brain vs right brain, enjoying hard work, “doing it right” and the joy of learning.

Why Bedabrata got into film making.

Bedabrata’s new documentary on farming and how understanding requires participation.